Tomorrow, I shall be having my six-month checkup with my neurologist specialist. It’ll be interesting to see how I’m faring.

I’m still able to walk, talk, eat and breathe pretty normally. Although, I do still carry many of the symptoms of motor neuron malfunction.

The surprising thing is that I started to experience tremor (the shakes) in my hands far back as Christmas 2007 – ten years ago. Then, I developed fasciculations (muscle twitches) in my right arm, which eventually spread throughout my whole body. I thought nothing of it and put it down to aging! Then came the back pain and foot drop from pinched nerves between my fourth and fifth lumbar region. I eventually ended up having an MRI in 2016 which lead to back surgery on October 10th 2016. It wasn’t until last year when it was obvious there was more than just foot drop going on. After multiple tests, it was finally confirmed that I had ALS on June 21st 2017. Since then, further signs started creeping in, such as neuropathy (numbness in my feet) and cramp in my hands, especially when cold. In the last few months, I have noticed twitching in my lips – which I never had before. So, here’s the kicker. I go to the gym for about 90 minutes four days a week. It seems that the twitching of my lips occurs only when I’m exerting myself, darn it. Exercise has always been a part of my life and I don’t intend to stop. I really believe that the advantages outweigh any disadvantages. 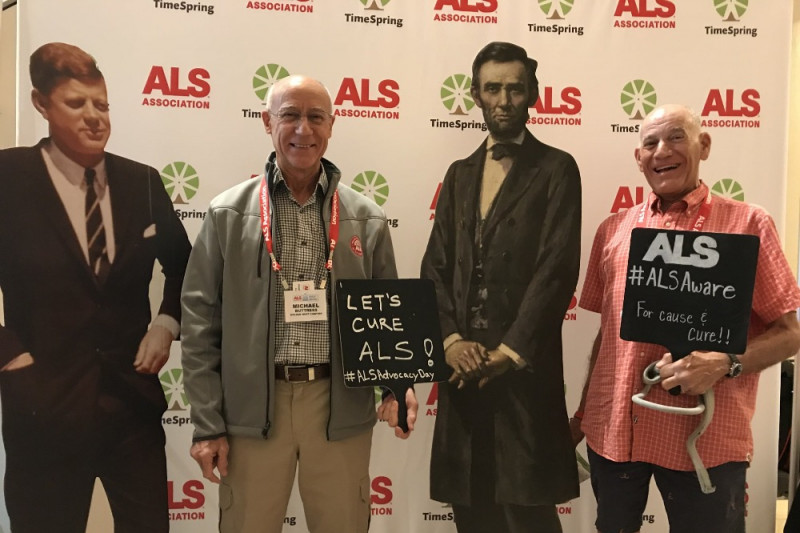